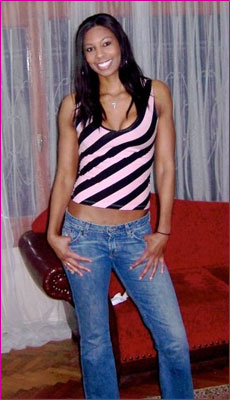 Happy Birthday to the amazing Chantelle who is 6'6"

Chantelle Denise Anderson is a retired collegiate and professional basketball player who has played in the Women's National Basketball Association (WNBA) and overseas.

Chantelle Anderson was born in Loma Linda, California to Maxine and Paul Anderson and is the oldest of four sisters. Her nickname is "Chan".

Anderson graduated from Vanderbilt University in 2003. In her last year she became Vanderbilt's all-time female leading scorer with 2,604 points as well as setting the Vanderbilt's Career Field Goal Percentage mark of 65.1%. She was named to the All-American team in 2001.

Anderson was also named to the Vanderbilt Athletics Hall of Fame as part of its inaugural class. Her #21 jersey was retired during half-time of a game against Tennessee on February 13, 2011.

Anderson was selected 2nd overall by the Sacramento Monarchs in the 2003 WNBA draft. She spent the 2003 and 2004 seasons with the Monarchs as a utility player. During the 2003 season she appeared in 26 games and averaged 1.6 points in 6.5 minutes per game. She scored a than career-high eight points on June 7 when the Monarchs played against the Los Angeles Sparks. She tallied 42 points in her rookie season with the Monarchs.

In the 2004 season she appeared Appeared in 30 games. She scored a then career-high 10 points, twice against New York on July and again at Detroit as well as a career-high seven rebounds in the same game.

On May 18, 2005, after two seasons in Sacramento, the Monarchs traded Anderson to the San Antonio Silver Stars and would be one of only four Silver Stars players who would see action in all 34 games played that season. She made a career-high 18 points against the Los Angeles Sparks on July 3, 2006 and a career-high eight rebounds at New York on June 30. Anderson appeared in 20 games before fracturing her patella in her left leg in July 2006. She missed the rest of the season. then a torn Achilles tendon in January 2007.

On October 6, 2009 Anderson announced her retirement from professional basketball.