On Tall Women and those around them 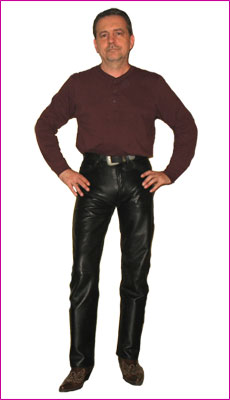 First of all let me say this... It is important: I don't consider myself to be a "tall woman admirer". Admirers usually stand by, doing nothing. I do consider myself to be a friend of tall ladies and I try and look after your interests. That's why I'm involved in all sorts of projects. You have to be active if you want to change something. By simply admiring tall women you're not going to change anything whatsoever. I do not believe that generating multiple "tall women Facebook groups" is a step in the right direction or in any way productive. Others may beg to differ, but this is - as the title of this page suggests - "My View".

I do have a preference for taller women but I still believe it's not a fetish but a genuine interest which includes caring for the woman and treating her accordingly (like a goddess / princess). I guess I should add that I also find shorter women attractive so it's not a "fixation", just a preference.

Why are the negative points accentuated when someone has an "unusual" preference? The feedback I have had in regard to this page (in which I try to explain my motivation and how I see the modern, progressive female and this includes tall women) shows that there are people of both sexes who attempt to overcome the difficulties which are mostly down to the societies we live in.

So, why do I have a crush on tall women and why do I admire and adore them so much more than the smaller ones?

I suppose I am not the only short guy who has given this question a deep thought and I guess I have found some anwers for myself.

Firstly, it needs much more self-confidence to approach a tall girl. I've never been interested in doing anything the easy way. Fighting to achieve an aim makes the goal itself more attractive. You must also have the ability not to take yourself too seriously, although this is a virtue which helps in most human relationships.

Perhaps it it really down to "opposites attract". Maybe the question is more difficult to answer.

Fact is - the attraction is there and should we really think too much about it or shouldn't we just try to enjoy ourselves when we get the chance?

I know a few girls/women who are at least three inches taller than me. In fact most women I know are at least my height. Of those who are taller none has ever complained about my lack of height as far as my attractiveness is concerned.

It is really interesting that many of the girls prefer shorter men. Two very good female friends of mine are 6'1" (Silke) and 6'2" (Anette) respectively and have always found smaller guys more attractive. Anette was the first tall woman I found attractive when I first met her in 1984. You could say she initialised my love for tall women - there may be a page about Anette in the near future!

A girl that I know once wrote to me: "I prefer shorter men, infact.  I find men around my height poor company because they assume I would love to go out with them. etc.  I've never had a shorter man stalk me."

Furthermore it is obvious that very tall men prefer shorter girls anyway. I guess they find it less intimidating being in the company of someone who isn't as tall as themselves.

Therefore I like being intimidated? No, I don't - that's not the point. I just don't mind looking up to a woman, on the contrary. Probably it has got something to do with the way you, as a man, see yourself.

Maybe you just have to be confident enough about yourself in this respect.

Do you, as a male, want to be in control all of the time? Then you cannot afford to be in the company of a woman who might, by her sheer physical presence (height), relativate your manhood. In the conservative sense of the word "manhood" you expect and are expected to be in the leading role and if you're not, you're weak.

As a woman, on the other hand, you have to ask yourself if you want to be "dominated" by him or if you are progressive enough to go for what you want.

Well, tall girls and women what is it that you want and what are you looking for in a guy??? Wouldn't you rather go for someone who appreciates you for what you are instead of trying to become what he wants you to be?

I know that many of you tall women would have even more to offer if you would be treated accordingly (meaning you would be appreciated for your physical features as well as the rest of your appearance and your character). I have found that many of my taller female friends do lack self-confidence, which is a shame. That's, I believe, why many taller girls are walking slightly bowed - they want to seem smaller than they actually are and that's makes them look "spine- and shapeless".

I especially love taller women who stand tall and straight and even wear high-heels when it pleases them. This shows that they are confident in themselves and that is something I like in all women!

In her book Opening Our Hearts to Men the psychologist Susan Jeffers asked women looking for taller men: "...why do you want to look up to a guy? This only means he will be able to look down on you. And you will get a sore neck from looking up to him as well."

I can only add:

If you are taller than him the roles are reversed and you might enjoy the situation as long as you have a positive attitude towards yourself. So why not give it a try if the situation arises? In my case you can certainly expect thorough attention and interest toward yourself and definitely no superficial attitude.

What I have said about taller women can be applied to big women as well. Don't let yourself get knocked by people who don't do anything else than go on about your "deficiencies". Tell them to "bugger off" and come to me instead!

I have always been in favour of getting rid of destructive people who do nothing else than criticize and be negative. Life's too short to worry about things being said by characters you don't need.

I love you because you are female - and that's what matters most to me. Whether we get along together doesn't have anything to do with our physical features but our willingness to find each other attractive and overcome the hurdles society and our education have erected between us. Genetically it only matters that you are a female and your counterpart is male. The main biological motivation for mammals is to reproduce and it doesn't say what specific physique your partner is supposed to have ...

Finally, let me reiterate once again:

This website has been created for tall women! It has not been designed for men who desire tall women - you're still welcome to browse though...

I am mainly trying to provide a forum for tall women and give them the links that might be helpful to them. If there is a (tall) woman who thinks she's got a reason to criticise the author of this page and its contents, I'll listen to what you have to say :-)