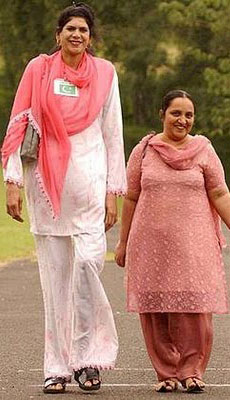 Zainab was admitted to Allied Hospital Faisalabad, two months before. She was 46 years old at the time of death. She was reportedly suffering with diabetes and osteoporosis.

Zainab was 7 feet 2 inches and in 2003 was declared the world's tallest woman, earning her a place in the Guinness Book of World Records.

In an interview to Dawn newspaper last year, she said that she was striving to make ends meet owing to her illness and lack of financial cooperation from the government. And her sister had to sell pakoras in order to make ends meet.

Her funeral ceremony will be held in her ancestral village Rajana, Toba Taik Singh.