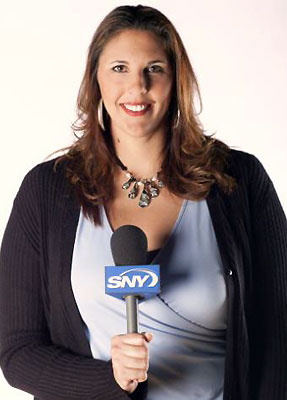 Kara wasn't your average 12-year old girl. At 6'3" she towered above her peers. Amidst cruel jokes and names like "Jolly Green Giant", Kara began to hate the way she looked. With continued support from family and friends she found an outlet in basketball.

Kara comes from an experienced basketball family. Her father, William, is in the Boston College Hall of Fame and played professional basketball for the NBA Seattle SuperSonics. Her brother Ray played at Eastern Connecticut State University ; and sister, Kristen, is a former University of Rhode Island basketball standout. Kara's goal was to also play at the college level despite the growing doubts of friends. Courageously, she fought to overcome their negative feedback about her ability. Her family had taught her to believe in herself so she worked tirelessly to accomplish this goal; playing college ball would mean improving her grades and getting into shape. Through much determination and effort she continued to work hard and perfect her deadly signature shot, "the hook". Still, many had doubts and once again she had to overcome tremendous ridicule.

Her dream was realized in 1995 when she won the NCAA Championship, playing for UConn, with a 35-0 record. She went on to become one of only six players in the world to have the elusive "set"-NCAA championship (1995), the WNBA championship (1999) and an Olympic gold medal (2000). Kara also won a gold medal for the USA Jones Cup Team(1996); won a gold medal for the USA World University Games Team(1997), and a silver medal in 1995. She played on the US National Team in 1997-98 and 1999-2000. She also won a European championship with her pro team in Schio, Italy. In 1998 she began Kara Kares, a foundation to fund brain tumor research, in honor of her sister, Katie, who passed away as the result of a brain tumor in 2004.

Kara was married to Sean Drinan in November of 2004.

Currently she is the Color Analyst for UConn Women's Basketball on the WTIC Radio Network.