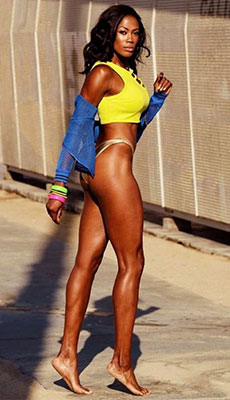 My 6'2 1/2" friend Kim Glass (who is also listed in the Famous Tall Ladies section) has just created a new website which includes a blog. Kim won an Olympic silver medal with the US ladies volleyball team in Beijing and is a great role model.

This was taken off her website because she can tell you about herself better than I ever could:

At the age of 17, Kim was the number 2 recruit in the country, and was named the 2001 Pennsylvania State Gatorade Player of the year. Kim attended the University of Arizona, where she became the 2002 National Freshman of the year, and became the first Wildcat to record 2,000 kills. She still holds the records for aces and kills, as well as many other records in categories amongst the now, Pac-12, (formerly the pac-10). In 2010, she was inducted into the University of Arizona Hall of Fame. In 2015 Kim was inducted into the Pac-12 All Century Team.

Combating disc herniations and a desire to move on, she retired from volleyball in 2014. Intrigued with the body and her love for health & wellness, in addition to wanting to learn and educate people on how to prevent injuries, she made the transition into the fitness industry in 2015. Jump starting her personal training career w/ her Nasm certification at Equinox and being the “female in-house” trainer at Easton Gym Co. in Manhattan Beach, she relocated to Unbreakable Performance Center where she’s coached a wide range of clients from professional athletes to Hollywood elite. She often went on the road with her clients to ensure their fitness needs were being handled and to keep consistency in training.

In 2011, Kim was featured in the famed Sports Illustrated Swimsuit issue, as well as ESPN’s The Body Issue. She continues to work as a model within the fitness and fashion world.

In 2016, she joined the cast of MTV’s The Challenge: Champs vs. Stars, to help raise funds for Covenant House, a non-profit homeless youth shelter, in Los Angeles.

Kim is a trainer, model, television personality, motivational speaker, philanthropist, and entrepreneur. She strives to improve the lives of everyone she meets through her knowledge, experience, and her highly energetic approach to training and coaching.