How tall role models empowered me 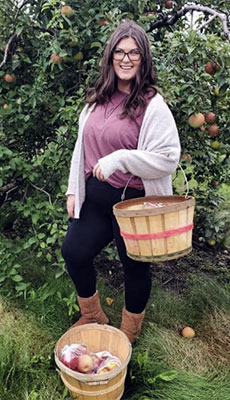 Written by Contributor Amelia B.

I was stoked to come across tallwomen.org and see the sheer number of tall women represented in a positive light in one place. It reminded me of my own journey, one that I’ve been on for years, in which I’ve been discovering women of size on social media, following them, making notes of their outfits and where they shop, and basically collating my own collection of “role models.” I am going to briefly explain why for me, being able to see these role models has been more than helpful, but actually empowering.

For context, I have been a big girl since grade school. By the time I was 13 I’d grown to 5’11” and was taller and heavier than a lot of my male teachers. I never really had an issue with being teased as I had good relationships in school and in our town, but nobody would ever ask me to dances and I would always be left doing my friends’ makeup then going home while they all went to have fun. Still, it was less about that and more about how I felt I should look. In America particularly, culture has mostly depicted tall or fat women as women on the fringe of “normal women”: side characters, or best friends, to the main attraction. In the magazines I used to read as a teen, the women could often be capped at 5 foot 6 and skinny.

Then, all of a sudden, social media became a thing. For the first time, anyone could post and there were no gatekeepers to tell you you were too big, too tall, too fat to join. I started discovering women with similar body shapes to me, and realized I was not alone. I became familiar with women like Ashley Graham, Hunter McGrady, and others who were not breaking barriers but destroying them! My brothers were into wrestling growing up, and I remember watching a clip with them of Nia Jax, a 6 foot tall amazon, striding into the ring like a Goddess! The crowd seemed in awe of her. Not long after that, Tess Holliday began her #effyourbeautystandards movement, and it was with the help of women like these I realized size was something to be embraced. If these women could flaunt their size, there was no point in me feeling sorry for myself, and my journey to “body enlightenment” was on its way. Nowadays, we live in a much more open society. A world where Netflix even has an entire show about being a Tall Girl! And a world where the beauty Hunter McGrady is a regular Sports Illustrated swimwear model. To see height and size celebrated in the mainstream is such a great step forward, but there is still more to be done.

As someone who has been through it all, my main mission these days is to empower women who felt like they didn’t quite fit in.

That’s why I decided to start my own site to write about what I’ve been through and spotlight women who inspired me to achieve body enlightenment. Tall Plus Life is a site specifically for tall, plus size women to find some relatable role models, as well as fashion that fits! I hope my words can give inspiration to others who felt like I once did, whether that’s teenagers still in school or grown women. Thanks to the help of many women that you’ll see featured on my site, I was able to realize that not only is there nothing wrong with being large, it’s actually something to be celebrated.

I encourage others to curate a size-positive social media world and also to check in on sites like mine and tallwomen.org for continuous new tall, and in my case plus size, role models to empower them.

I will always continue to celebrate height and size.