Please help my good friend Ashley who is 6'7" 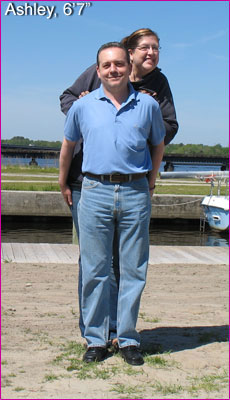 Please help my good friend Ashley who is 6'7" and the tallest woman in Ohio. Sadly Ashley is suffering from Marfan Syndrome and is currently in great pain

In 1992 I was 4 years old. It was during '92 that my father died from an aortic dissection. He was diagnosed, posthumously with Marfan Syndrome, a connective tissue disorder that can wreak havoc on every part of the affected person's body. He was a man who stood 7ft tall, played basketball for Iowa State University, and lived his entire life with a diagnosis he never received. Medical knowledge of Marfan Syndrome was just starting to form in the 90's.

Three years later, at the age of 7, I was diagnosed with the same disorder. At the age of 11, when I stood 6ft tall, I was told I had to stop all strenuous physical activity immediately, or risk a sudden, unexpected death (due to aortic dissection).
I stopped playing sports and started receiving annual echocardiagrams, and began seeing specialists at The Ohio State University's medical center.

By the age of 18 my height finally began to slow, and I stood at a towering 6'7" tall. Let's just say THAT alone has been an adventure (LOL!). Don't be surprised if you see me walking around in an Ohio winter with capris on. At one time they were designed to be long pants but with 42" legs there's only so much a girl can do!

I married my first love, Robert, at the age of 18. He was in the Marine Corps and had just returned from his second deployment. We lived together in California until he was restationed in North Carolina. As soon as we got to North Carolina I found a new team of specialists at Duke Medical Center. They were fantastic. While many would complain about the military healthcare we received, I couldn't say a negative word. I was able to get the care & medications I needed to thrive!

Things were going well. I had several medical issues that were attributed to Marfan Syndrome (scoliosis, sciatica, became legally blind without glasses, etc) but they were nothing I couldn't manage with the help of the great team at Duke. 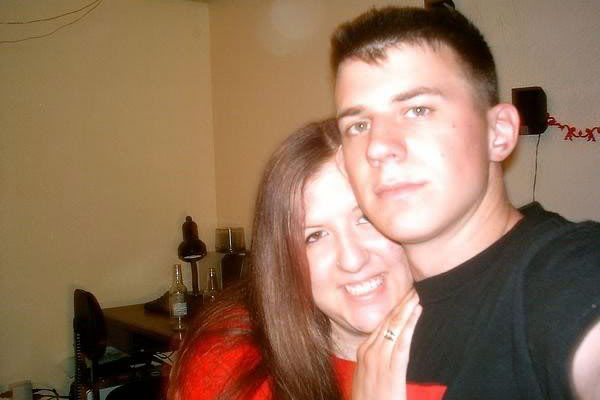 However, my life was about to be rocked. In July of 2011 my best friend, a beautiful 19 year old gospel singer named Caitlyn Culpepper was murdered outside our home while I was asleep inside. She was a victim of domestic violence. My husband, at this point a Sgt in the Marine Corps with 8 years in the service and 26 months spent deployed, had been diagnosed with PTSD while serving his final tour in Iraq.

In September of 2011 Robert committed suicide in our home in North Carolina. I became a widow in my early 20's.

I came home to Ohio to try and rebuild a life for myself. By this point my physical health problems had started to affect my daily life. It was almost as if the grief and anxiety wrecked my body. I can honestly say I haven't been the same since. 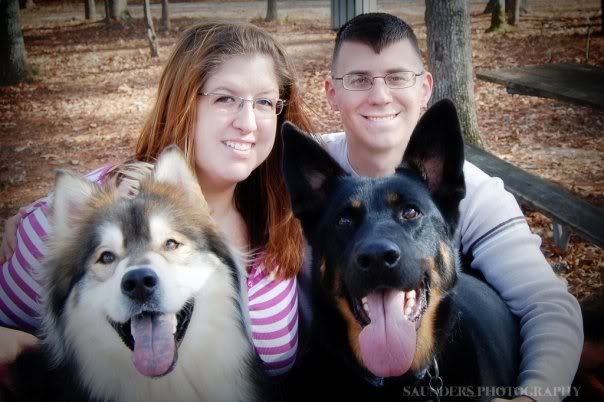 In the last three years my health has declined dramatically. When I lost my husband I no longer had my health insurance through the military. I could no longer afford doctor's visits, medications, and preventative care for basic health, let alone to manage my Marfan Syndrome.

One of the most painful and frustrating aspects of my condition is the effect it has on my bones. They're weak. Did you know that connective tissue has a huge impact in the formation of your bones?

In the last two and a half years I've had three stress fractures (two in my left leg, one in my right) and two tumors (which were determined to be benign but I was advised to have them monitored every 3-6 months to make sure they haven't grown or become aggressive).

I'm a 26 year old young woman who loves to laugh, joke, and have fun. But I have no quality of life left. I'm no longer able to walk through the grocery store because of lower back issues (a condition called Dural Ectasia) that cause intense pain, numbness, and tingling when I stand or walk for more than five to ten minutes. My health has deteriorated to the point where it's physically exhausting to get out of bed most mornings. My mental health is honestly about the same.

Due to my physical health problems I'm unable to work. I had originally begun Cosmetology School to become a nail artist. I thought if I could just make it through my year of schooling I'd be able to have a career that allowed me to sit. I made it 7 months before the pain was too overwhelming to continue.
I'm currently a full time student, majoring in Human Services. I want to help people who are in situations like myself. I want to be the person that answers the phone at your local agency (Job & Family Services, for example) who says, "It's going to be okay. And I'm going to do everything I can to help you". But I've come to realize, at the age of 26, that I may never have the chance to work. I may have to file for disability before the age of 30.

In the meantime, bills are mounting. Medical bills, utility bills, etc. I have to visit local food pantries often in order to eat. I DO recieve a small benefit each month from the VA, but it wasn't designed to be able to live on. I was, however, attempting to keep my head above water.

Anyone who has lived through physical pain, mental anguish, and seemingly unclimbable mountains, knows that 'when it rains it pours'. And it's pouring for me.

The last two weeks I've been experiencing excruciating pain through my left leg. I went to the same orthopedic surgeon who diagnosed my first stress fractures and found out that they believe I have not only another tumor, but another stress fracture as well. And this one lines up with the first one I had on the other side of the leg. They meet in the middle and form a line straight through my leg.

I was devestated. Incase you don't know, a stress fracture is basically a broken bone that hasn't become completely detached from itself. And this is my fourth. I don't work out, I don't run, I don't play sports..I just have Marfan Syndrome.

I started to cry and asked the doctor what he wanted me to do. He immediately told me to get OFF of my legs. He said crutches weren't an option. That I could put all my weight on my RIGHT leg because that pressure can cause another fracture to develop there as well. He looked at me and said, "Ashley if you don't get into a wheelchair you could take a step and your leg could literally snap in half".

He wants me in a wheelchair.

I don't want to take a vacation, I don't want to buy a new wardrobe or a fancy new car. I honestly just want to be able to get myself a wheelchair (I have to special order one because of my size), pay for the medications I'm supposed to be on (I haven't been able to fill my prescriptions in months..including my blood pressure medication), catch up on my utility bills, and be able to afford to give someone gas money to get me back and forth to the hospital/school/etc.

I have a neurology appointment at the Cleveland Clinic (approximately an hour and a half away) in early November. The scheduling nurse advised me to come to town the night before and get a hotel room since my appointment is at 7:30AM. I told her I'd be lucky if I could even afford to get there, let alone have the luxury of spending the night beforehand.

I haven't had my aorta checked for an increase in dilation in years. I'd LOVE to be able to get to all the necessary specialists to have my heart, eyes, lungs, etc examined- but truth be told, I'm living day by day right now.

And TODAY I need a wheelchair.

A friend of mine suggested I look into gofundme. She explained that there are amazing people in the world who want to help others like myself. I spent hours pouring over the different people who have posted & donated here and have been humbled by their generosity toward other gofundme campaigns. It's mind blowing.

Please know that I don't have my hand out waiting for people to donate towards my need. If all you're able to do is say a prayer for me or spend some time researching and familiarizing yourself with Marfan Syndrome, I'm so appreciative. Awareness is huge, and being so rare, connective tissue disorders don't get much. If all you're able to do is share my story on Facebook or Twitter, thank you.

Thank you so much for your time. God Bless You :)